Parler–the new social media alternative to Twitter and Facebook–filed a lawsuit against Amazon earlier this week after Amazon abruptly removed the company from its cloud service platform.

According to the complaint filed in the United State District Court for the Western District of Washington, Parler contracted with Amazon as its cloud service provider when the site was formed. Parler saw its membership grow exponentially after the November 2020 election. The complaint states

less than a week after Election Day, between November 3rd and November 8th, Parler’s app experienced nearly on million downloads…This resulted in Parler rocketing to be the #1 free app in the iOS App Store, up from #1,023 just a week earlier…Likewise, in that same week the Parler app went from 486th to 1st in the Google Play rankings.

Parler’s membership surged again in 2021 when President Trump was banned from Twitter. On that day alone, Parler membership increased in the United States by 355%.

Amazon, which just last month signed a multi-year deal with Twitter to provide cloud servicing, withdrew its platform from Parler with only a single day’s notice. As justification for its actions, Amazon claimed that Parler was used to facilitate protests on the Capitol on January 6.

Parler’s complaint asserts that Amazon’s actions violate Section 1 of the Sherman Act which prohibits businesses from conspiring to retain trade or commerce. The complaint also claims that Parler’s contract with Amazon required at least 30 day’s notice before the servicing agreement could be terminated. Amazon allegedly breached its contract with Parler by ending its service agreement without proper notice. Finally, Parler claims that Amazon’s actions amount to tortious interference with the contracts formed between Parler and its members.

Parler is asking for an order from the court directing Amazon to maintain Parler’s site according to the terms of their contract and for money damages for the financial harm Amazon’s actions have caused.

Over the past year or two I’ve seen a growing number of high-budget ads for “title fraud insurance.” As with all forms of insurance, its persuaive sales people tell you nightmare stories about what might happen to you if you don’t buy their product. But are these stories true? Can someone really “steal” ownership of your home? In this video I discuss title fraud insurance and whether its worth the investment.

Trusts often cause more legal problems than they avoid. This is especially true when real estate is transferred into or out of a trust. One of the most common problems arises from a trustee’s “self dealing” which can occur when a homeowner puts his real estate into a trust and then transfers it back to himself for nominal consideration.

In many cases, such a transfer is defective because it breaches a trustee’s fiduciary duty not to “self deal” with trust property. The beneficiaries of the trust could, in theory, invalidate the transfer and have the property put back into the trust. (The fact that the trustee is often the sole beneficiary of the trust is irrelevant.)

To avoid “self dealing”, one of four things must happen:

To record such a deed in Land Court a certificate must be signed by at least one of the trustees certifying that all the beneficiaries have assented to the conveyance.

If you need legal help, please contact me at justin@jrmccarthy.com

If you’re buying a home in Massachusetts, your attorney will most likely get a document known as a municipal lien certificate (MLC) from the city or town’s tax collector prior to the closing.

According to M.G.L. c. 60, section 23, MLC must show “the amounts then payable on account of all such taxes and assessments” that affect the property you are purchasing.

The document is the only reliable way to confirm the correct amounts owed to the tax collector for municipal fees.

By paying the fees shown on the MLC and recording the document at the registry of deeds (which costs $85) the new homebuyer can “discharge the parcel of real estate specified from the liens for all taxes, assessments, or portions thereof.”

A tax collector has ten days to provide the MLC after receiving a request for the document. Collectors usually charge between $25 and $50 for the service. An MLC is good for 60 days.

Last Friday President Trump signed an executive order requiring all new federal buildings to be built according to the principals of Classical architecture.

It is time to update the policies guiding Federal architecture to address these problems and ensure that architects designing Federal buildings serve their clients, the American people. New Federal building designs should, like America’s beloved landmark buildings, uplift and beautify public spaces, inspire the human spirit, ennoble the United States, command respect from the general public, and, as appropriate, respect the architectural heritage of a region. They should also be visibly identifiable as civic buildings and should be selected with input from the local community.

The order seeks to eliminate or minimize “Brutalist” and “Deconstructivist” architectural styles that came into use in the second half of the 20th century and replace them with Classical architecture which the order describes as follows:

“Classical architecture” means the architectural tradition derived from the forms, principles, and vocabulary of the architecture of Greek and Roman antiquity, and as later developed and expanded upon by such Renaissance architects as Alberti, Brunelleschi, Michelangelo, and Palladio; such Enlightenment masters as Robert Adam, John Soane, and Christopher Wren; such 19th-century architects as Benjamin Henry Latrobe, Robert Mills, and Thomas U. Walter; and such 20th-century practitioners as Julian Abele, Daniel Burnham, Charles F. McKim, John Russell Pope, Julia Morgan, and the firm of Delano and Aldrich. Classical architecture encompasses such styles as Neoclassical, Georgian, Federal, Greek Revival, Beaux-Arts, and Art Deco.

To achieve its aims, the order also establishes a “President’s Council on Improving Federal Civic Architecture” and requires that any building plans contradicting the order must be brought to the President’s attention.

Legal outcomes can be arbitrary. A well-pleaded legal argument can be dismissed by a judge or magistrate with little to no justification. Both lawyers and litigants must recognize this unfortunate fact of the legal process and keep it in mind when they consider investing their time and money in a lawsuit.

No business can survive without clients. To succeed, every business owner must find an effective, sustainable way of getting clients–whether that’s by advertising, networking, or developing a referral systems with colleagues.

Lawyers and other professionals must also make it as easy as possible for potential clients to employ their services. This means promptly returning a prospect’s phone calls or emails and using docusign or other software that allows service contracts to be signed electronically.

Finally, to minimize stress and frustration, business owners must be willing to turn away undesirable clients and to part ways with existing clients who create needless problems.

When a joint owner of real estate dies, his or her interest in the property passes instantly to the surviving owner or owners. Before the property can be sold or mortgaged, evidence of the death must be recorded in either the registry of deeds or probate court.

This month the Massachusetts Appeals Court heard the case of a Native American woman, Pamela Glavin, whose partner of 35 years died leaving only a hand-written, unwitnessed last will and testament.

The will left a life-estate interest in the decedent’s home on Martha’s Vineyard to Ms. Glavin. (A life estate interest gives ownership rights to a person for the duration of his or life.) She had lived at the home for four years. During that time she paid the real estate taxes and maintained the property. The decedent’s family (which consisted of only two siblings) knew that Ms. Glavin was residing at the home and paying all bills associated with it.

When she consulted an attorney about probating the estate, she was told that the will, which had been executed in Arizona, was invalid because it lacked witnesses. She therefore probated the estate without the will. Because no will was filed and because she had never married the decedent, the probate court decreed that the decedent’s rightful heirs were his two siblings.

Shortly after the probate proceedings, the siblings sought to evict Ms. Glavin from the house. She hired an attorney who filed a petition in probate court seeking to reopen the estate and to submit the decedent’s will for court consideration.

The petition claimed, among other things, that the will was valid under Arizona law where it was executed and that Ms. Glavin was married to the decedent according to the law of their tribe.

The probate court refused to reopen the estate because, according to the probate judge, Ms. Glavin failed to show any statutorily defined justification for doing so. Her attorney appealed the decision.

The Appeals Court agreed the with probate judge’s decision not to reopen the probate proceedings. However, it expressly made no ruling on the validity of the will or of Ms. Glavin claim that she and the decedent were married under tribal law.

Deciding this issue as we do, we need not address whether the holographic will might have been honored in Massachusetts under the circumstances, had it been timely submitted, or whether the petitioner could have qualified as a rightful heir by marriage.

The Court did, nevertheless, suggest that there was validity to Ms. Glavin’s claims to the property based on contract law and the relationship between her and the decedent’s siblings.

[Ms. Glavin’s] petition states a viable claim that the petitioner and [the decedent’s] heirs subsequently agreed to a tenancy for the petitioner’s lifetime, the partial performance of which could be sufficient to overcome the Statute of Frauds.

According to the Court,

The law will recognize a lease with a term defined by a person’s lifetime…Such a lease is subject to the Statute of Frauds…and ordinarily would have to be evidenced by a writing…There can be an exception to the Statue of Frauds, however, where the asserted agreement has been partially performed. See Nessralla v. Peck, 403 Mass. 757, 761 (1989) (“A plaintiff’s detrimental reliance
on, or part performance of, an oral agreement to convey property may estop the defendant from pleading the Statute of Frauds”). Moreover, partial performance by a tenant who occupies the premises can be sufficient to avoid the Statute, if the tenant also makes “improvements, repairs or expenditures in reliance on the contract.” Walsh, supra at 876.

a tenant who materially changes position in reliance on a landlord’s
promises, cf. Hurtubise v. McPherson, 80 Mass. App. Ct. 186, 189-190 (2011) (defendant estopped from pleading Statute of Frauds where plaintiff, in reliance on oral land swap agreement, “occupied [the] land and undertook the expense of construction”), or who otherwise invests substantially in a property, thereby conferring a benefit on the landlord while (potentially) evidencing an agreement to remain in the premises, may well be able to claim an estoppel. See, e.g., Chamberland
v. Goldberg, 89 R.I. 223, 234 (1959).

The Court remanded the matter to probate court for further proceedings.

To transfer or sell real estate in Massachusetts a corporation must be in good standing with the Secretary of the Commonwealth and the deed must be signed by either the president or a vice president and the treasurer.

Sometimes a buyer’s attorney will ask the corporate seller to provide a certificate of good standing from the Secretary of the Commonwealth. Because a corporation’s status can be verified using the Secretary’s website, it is no longer necessary to provide such a document.

Authority to sell real estate is held by the president or a vice president and treasurer acting together. Most deeds are signed by the corporation’s president and treasurer. This may be, and often is, one and the same person. A less common method of signing is to have the corporation hold a meeting and cast a vote authorizing someone other than a corporate office to sign real estate documents. 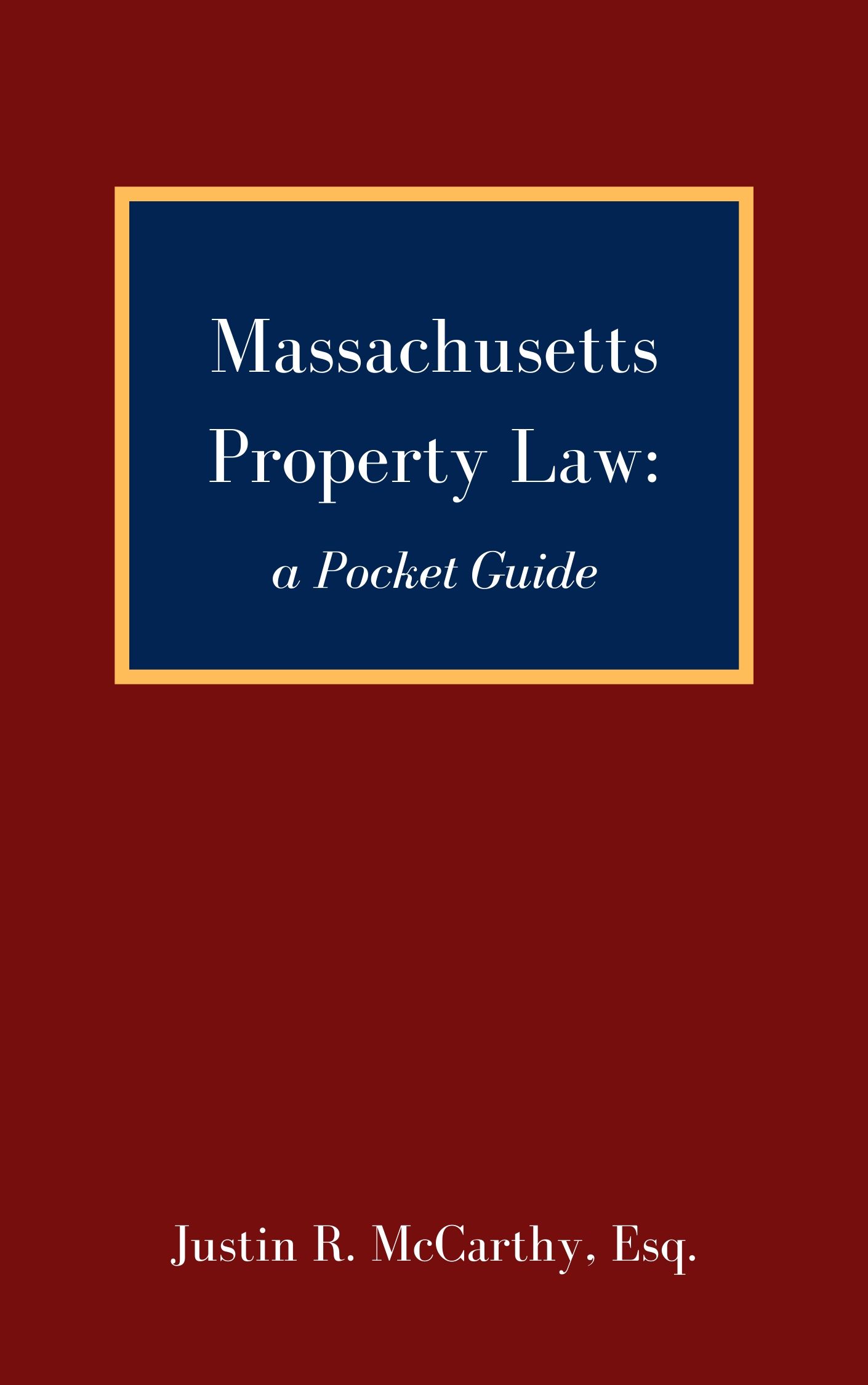 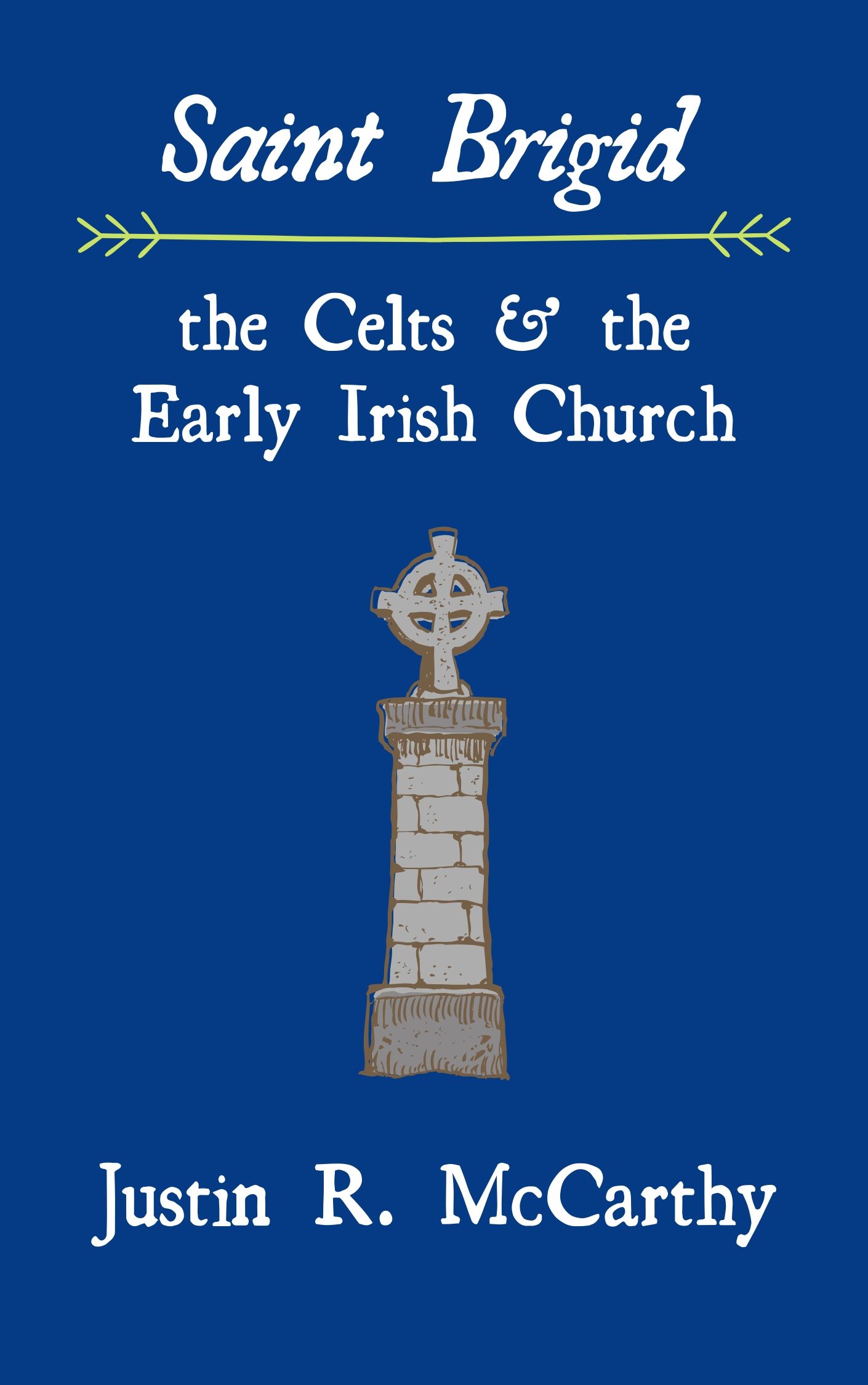 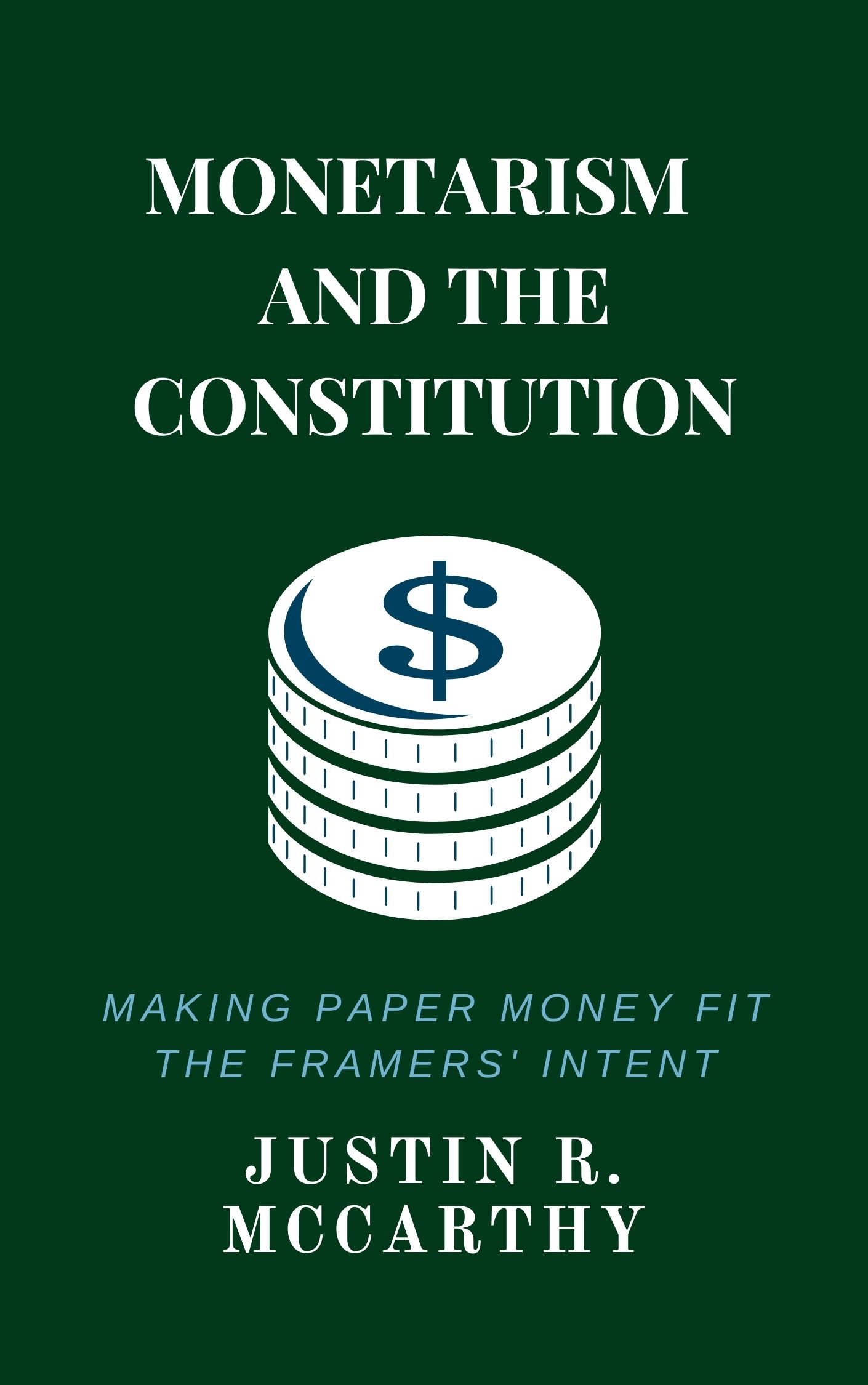